What is a Corgi Beagle Mix? In this blog post, we will be discussing the corgi beagle mix. We will cover some of the basics about corgis and beagles, including their size, temperament, and health. Then we’ll show you what a corgi-beagle mix looks like in pictures!

Read on to learn more about the beagle corgi mix dog!

Designer dog breeds are simply mixed-breed dogs that are selectively bred by breeders.

These crossbreed combinations are not some random series of breeds. They were carefully selected to produce a specific result.

A beagle corgi mix is one such designer dog.

Designer dogs such as a beagle corgi mix often have a unique appearance that makes them stand out from their purebred parents.

Designer breeds have an advantage over mutts from a shelter: you know the background of the hybrid and can make your own judgment of the health and temperament of their parents.

It is unknown whether the puppies will inherit any specific trait from either of their parents, but as long as the parents and grandparents are generally healthy and have a good temperament, it is likely that they too will be.

Purebred dogs have been bred over many generations to produce a specific appearance and temperament.

When you buy a purebred dog, you are getting an exact type of the breed as such.

You know the size of your puppy, its temperament, and what kind of care it will need.

You know what your dog is capable of, whether that be agility, hunting, search and rescue or just a companion dog.

Having a clear idea of the dog’s tendencies will help you decide whether they are suitable pets for your child.

You’ll be able to tell if your dog likes or fears strangers.

To understand what a beagle corgi mix is like we first must know a little about the beagle parent.

Beagles are generally between 11-14″ at their shoulder height, with males generally being larger than females.

They have an average life expectancy of twelve to sixteen years old.

Beagles have a good temperament and make excellent family pets. They are quite active and can make good running partners.

Beagles are known to be greedy and stubborn dogs that can be difficult to train.

Beagles have a high prey drive, and will chase anything on four legs that move quickly–including cats, squirrels, rabbits or other dogs–and sometimes things they shouldn’t like the family cat!

About the corgi dog breed

There are two official Corgi breeds. While both originate from Wales in the United Kingdom, one is known as the Pembroke Welsh Corgi (the more common of the two), and the other is the Cardigan Welsh Corgi.

Queen Elizabeth ii of England is the corgi’s most famous owner.

Corgi dogs have a long, low body and can be as tall as 18 to 20 inches when they stand on their back legs.

Corgis are medium-sized dogs. A corgi dog will typically weigh about 30 pounds and stand at around 12 inches in height.

This corgi dog is often described as having an affectionate personality, being very intelligent and loyal–though corgis can also be stubborn.

Corgi colors are typically red, fawn, black and white, or sable and tan in color.

Pembroke corgi dogs have a coat that is shorter than the Cardigan corgi dog’s long-haired coat.

With Corgi, eye problems like progressive retinal atrophy and canine glaucoma are a major concern.

The Pembroke is slightly smaller in build and has a stubby, bobbed tail, rather than a full one, and their ears are more pointed and angular. It is the Pembroke that has gained more prominence; mainly because of their tail.

The Cardigan Corgi is a heavier set and has a tail that hangs to the ground in adulthood, as well as larger ears than its Pembroke cousin. Though these corgis are typical of medium size they can be anywhere from 12-17 inches tall at their shoulders with males usually being larger than females. Cardigans are the more common corgi breed in the UK.

Want to know the corgi beagle mix personality? You’ll need to understand what each breed brings to the table first!

The beagi is the result of mixing the corgi and the beagle breeds of dogs. A corgi beagle mix will have a short, low build and long floppy ears.

A corgi beagle mix typically has the same mannerisms as both breeds of dog: they are known to be active dogs that make excellent running partners but can also behave stubbornly at times.

Corgi-beagle mixes are known for being smart and friendly with their family but also can behave stubbornly at times.

The beagi has more upright ears than a beagle that has more dropping ears. A corgi beagle mix has a short coat that has moderate shedding.

Beagles are known to be a healthy breed with an average life expectancy of twelve-sixteen years old.

The corgi beagle mix will inherit the same health concerns as corgis and beagles; they can suffer canine glaucoma and hip dysplasia.

Where to buy a beagi puppy

By ensuring your beagle corgi mix puppies are bought from a reputable and responsible breeder you have a much better chance of a healthy dog.

Some corgi beagle mix puppies are for sale in shelters and there is also always the option of adopting a corgi or beagi from your local shelter. 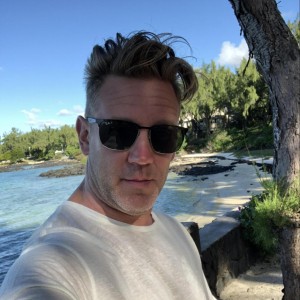